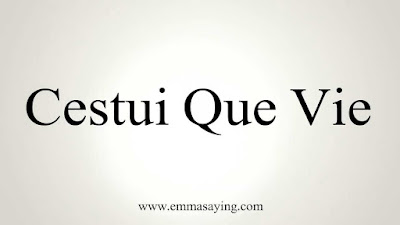 Here is the Act itself - unrepealed.

In 1666 in London, during the black plague and on the three days the Great Fire of London burned, English Parliament enacted an act, behind closed doors, called Cestui Que Vie Act 1666. The Great Fire was one of the biggest smokescreens in history - literally!


Published on Jul 1, 2012
A video about how the gov stole everything from the people.


Alive Yet Dead And Lost At Sea: The Cestui Que Vie Trust

Published on Jul 28, 2015
From the moment we come into this world our birth certificate is signed by our parents and a bond is formed to the federal reserve. It is even printed on bond paper. Most are unaware that once the certificate is signed we are viewed as dead soulless beings and this has an integral role to play in the courts as well as in understanding the corruption of the cestui que vie trust. Sources are on this YouTube video description.

All men and women were declared dead,

lost at sea/beyond the sea.

The State thenceforth took custody of everybody and their property into a Trust, the State became the Trustee/ Husband holding all titles to the people and property, until a living man [or woman] comes back to reclaim those titles and can also claim damages. (Reclaim using UCC 1 and PPSA)

The use of CAPITAL LETTERS used in a NAME: When CAPITAL letters are used anywhere in a NAME this always refers to a LEGAL ENTITY/FICTION, COMPANY or CORPORATION no exceptions. e.g. John DOE or Doe, JANE (PASSPORT, DRIVER LICENSE, MARRIAGE CERTIFICATE and BIRTH CERTIFICATE)

Legally, we are considered to be a FICTION, a concept or idea expressed
as a NAME, a symbol. That LEGAL PERSON has no consciousness; it is a juristic PERSON, EN LEGIS, a NAME/ word written on a piece of paper.

The Crown is an unincorporated association.

Why unincorporated??  Because it's private.  The "Temple Bar" is in London.  Every lawyer called to "The Bar" swears allegiance to the Temple Bar. You can't get called without swearing this allegiance.

The Crown already owns North America and everything in it.


Please also see the article: Who IS "The Crown" Anyway? How We Got Conned!

The "One People's Public Trust" (2011-2013) lodged filings with the Uniform Commercial Code that has Won back Sovereignty for all people who choose to use this vehicle. The English "Crown" is no longer in control. The BIS and The Bank of England have both been foreclosed on by the OPPT.

BronnyNZ
Lund, Skåne, Sweden
Blogger since 2012. I am a researcher, academic, journalist, gardener, musician, poet, visionary, and reader of the "Ringing Cedars of Russia" books. From Aotearoa-New Zealand. I lived in Lund, Sweden 2018-2021. A huge change in Earth's social history is happening before our eyes. On my blogs, find out what the globalist power brokers have been up to. Thank you, BronnyNZ