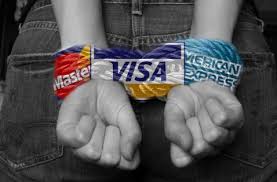 "New Zealand" is a company that reports to the IMF and whose PUBLIC COMPANY NAME is registered on the Securities Exchange Commission (SEC) held in the bookkeeping of Washington, District of Columia (DC). If New Zealand is a company, what does that make us, The People, in relation to that very obvious BUSINESS RELATIONSHIP that OUR successive governments have with DC ?? : (

If the Secretary of the Treasury of Peurto Rico (1950) is the Receiver for the "Federal company", "The United States Corporation" (21 Feb 1871), an incorporated company, whose debt collection arm is the IRS, through Washington, that collects for the IMF, does NZ have a similar relationship through the IRD (Inland Revenue Department) ??  WHAT REALLY is the status of New Zealand and The People of New Zealand... ??? And ALL OTHER COUNTRIES around the world who are ALL registered on the SEC ?? - with the exception of Iran, Cuba & North Korea - NOTE !!! All cited as "enemies of America". Why?? Because they won't bend over and take it where the sun don't shine !!

In the search box on this link, paste the following and see what shows up:: Her Majesty The Queen In Right Of New Zealand :: I leave you with these thoughts... Just to ruin your weekend. Yeah I got my dander up... Explanatory post on its way, above...

Owned by the UNITED STATES CORPORATION?

On January 22, 1783 Congress ratified a contract for the repayment of 21 loans that the UNITED STATES had already received dating from February 28, 1778 to July 5, 1782. Now the UNITED STATES Inc. owes the King money which is due January 1, 1788 from King George via France. King George funded both sides of the Revolutionary War.

On September 17, 1787 twelve State delegates approve the Constitution. The States have now become Constitutors. Constitutor: In the civil law, one who, by simple agreement, becomes responsible for the payment of another's debt. Blacks Law Dictionary 6th Ed.

On August 4th, 1790 an Act was passed which was Titled.-An Act making provision for the payment of the Debt of the United States. This can be found at 1 U.S. Statutes at Large pages 138-178. This Act for all intents and purposes abolished the States and Created the Districts. If you don't believe it look it up. The Act set up Federal Districts, here in Pennsylvania we got two. In this Act each District was assigned a portion of the debt. The next step was for the states to reorganize their governments which most did in 1790. This had to be done because the States needed to legally bind the people to the debt. The original State Constitutions were never submitted to the people for a vote. So the governments wrote new constitutions and submitted them to people for a vote thereby binding the people to the debts owed to Great Britain. The people became citizens of the State where they resided and ipso facto a citizen of the United States. A citizen is a member of a fictional entity and it is synonymous with subject.

What you think is a state is in reality a corporation, in other words, a Person ??

There are no states, just corporations. Every body politic on this planet is a corporation. A corporation is an artificial entity, a fiction at law. They only exist in your mind. They are images in your mind, that speak to you. We labor, pledge our property and give our children to a fiction. For an in-depth look into the nature of these corporations and to see how you also have been declared a fictional entity. See: AMERICAN LAW AND PROCEDURE. JURISPRUDENCE AND LEGAL INSTITUTIONS. VOL.XIII By James De Witt Andrews LL.B. (Albany Law School), LL.D. (Ruskin University) from La Salle University. This book explains in detail the nature and purpose of these corporations, you will be stunned at what you read.

Now before we go any further let us examine a few things in the Constitution.

Note:  We WERE slaves. The filings of the OPPT have UNDONE all of this on our behalfs....